Glimpses: Jumanji – Welcome to the Jungle 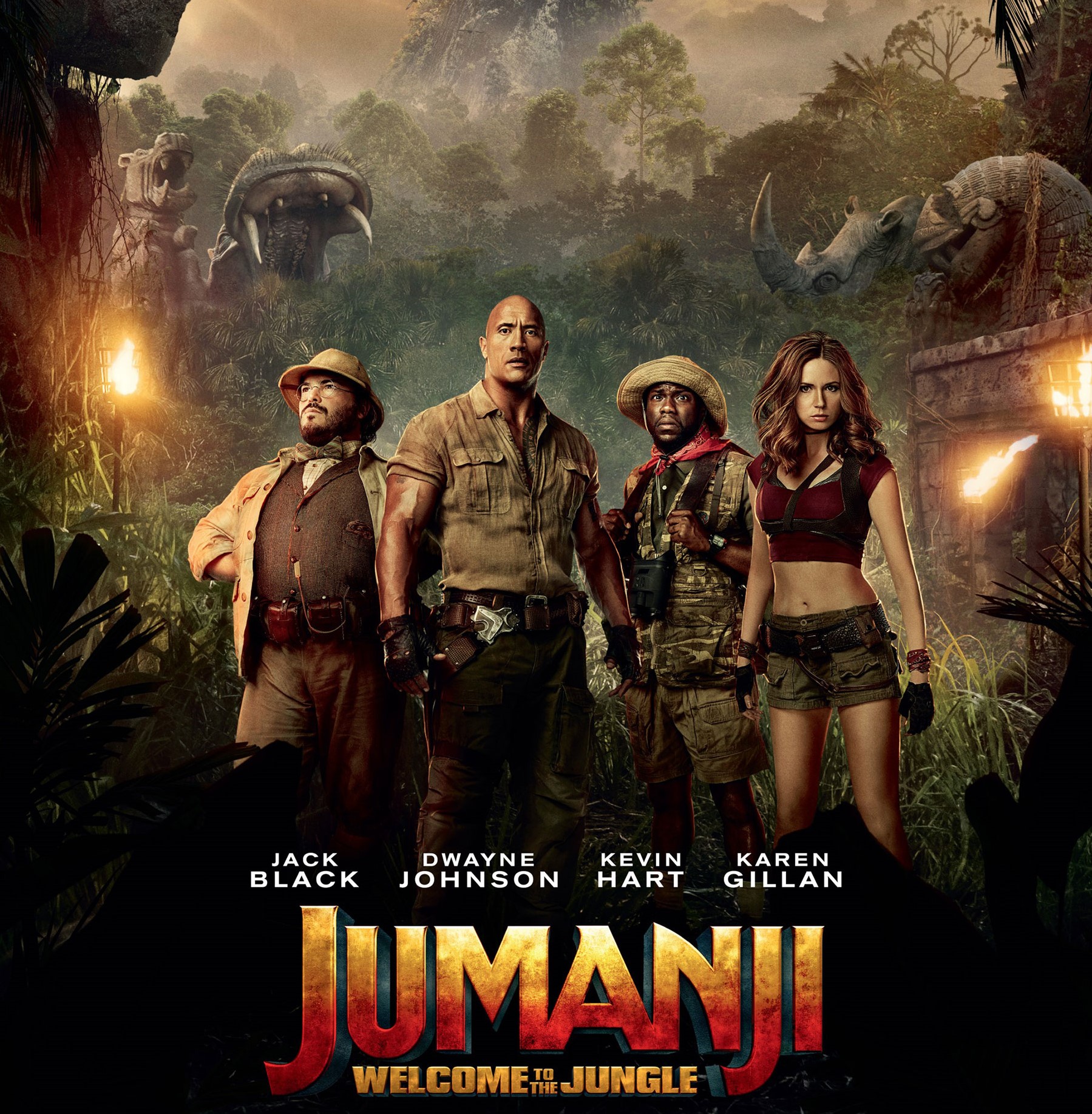 Today starts a periodic series here on The Meaningful Traveler that moves beyond travel to explore glimpses of meaning that can be found not only in travel but in popular culture, in particular books and movies. This isn’t highbrow literary critique as today’s first Glimpse reveals. However, I hope you find it both interesting and even helpful.

Welcome to the Jungle

The premise of the movie, “Jumanji: Welcome to the Jungle,” defies reason. Which is what makes it work. Four high school students stumble upon an old video game console. When they turn it on, select their character avatars for the game and hit “Start,” the fun begins.

Each is transported — in a sort of vaporized and vacuumed manner — into the video game. They each land in the middle of a jungle. The primary humor of the movie derives from the fact that in the game, each student is now in the body of their avatar character. The nerd ends up as Dwayne “The Rock” Johnson. The tall football player gets the not-so-tall body of Kevin Hart. The intellectual female student ends up in the Lora Croft-like-shorts-and- leather-top-clad body of Karen Gillan. And in, to me, the funniest role of the movie, the oh-so-into-herself hottie student (wait a second: does anyone still say “hottie?” Or “babe?” “Fox?” How about “sizzlin’ siren?”) ends up as the pith-helmet-wearing professor played by Jack Black. Yep. Nacho Libre as a girl in a man’s body.

That’s the setup. The rest of the movie is mildly amusing with interludes that cause laughs as big as Dwayne Johnson’s biceps. Or almost. But it isn’t the humor we’re after here on our little trek through the jungles of Jumanji.

Instead, to me the glimpse of something more comes near the end of the movie which pretty much ensures this requires a SPOILER ALERT. The four characters, now friends, have achieved their goal in Jumanji and are preparing to return to their real lives. When only two characters remain, one says to the other something to the effect of, “What if we stayed here? We could keep these new bodies and our new selves.” To which the other replies, “Or we could go home and be our new selves in our own bodies.”

It’s far more dramatic — for a comedy — in the film than my rendition here, but it brings up an interesting question: Who are we really? Could those characters have become their new selves at home? Or did it take some extraordinary event — in this case getting new bodies and corresponding skill sets — and a new community (none of the characters were friends before their transformation) to become who they now are? Is our identity fixed or can we become more than we perceive ourselves to be?

Where does identity come from?

Certainly every self-help book would affirm our ability to become the better — make that best, no bestest — version of ourselves. But in real life, what causes that change? Does it come from inside or out?

I’ve seen a lot of people that want to change. But I’ve only known a few that have. As in really change. Not haircut or new diet or move to the big city or midlife-crisis change. Change as in a fundamental altering (or is it clarifying?) of their identity. And almost all of those that become something much greater than they were before did so because of something radical from both within and without.
That may have been the combination of community and a “higher power” through a recovery program like AA. Or it may have been because someone loved them and invested in their life enough to alter their trajectory, someone who saw them as more than they saw in themselves.

Or it may have been because the person turned to God in the realization that their current plan and path in life wasn’t working. But as much as we love to praise the “self-made man” or the woman who has “pulled herself up by her bootstraps,” I’ve rarely seen a significant improvement in a person’s character come about all by themselves.

The limits of ourselves

In short, we need each other and something or Someone beyond us to help us become what we were meant to be. It takes a person or situation beyond us to draw out what lies within us. That may be an intense struggle, family or friends who never give up, extreme hardship or a transcendent experience. But we can’t do this thing called life alone, even when it comes to something as individualistic as our own identity. After all, even the characters in Jumanji needed each other.

Oh, that and that freaky video game.