Long before we ever had cable or the Internet (yes kids, there was such a time), a local television station used to run old movies every evening at 8 p.m. One summer evening as a kid of maybe eight or nine, having apparently nothing better to do, I gave this channel a shot. I had never before paid attention to any movie older than I was. But soon I was immersed in an old Bob Hope movie, Son of Paleface, and it was more entertaining than most of the more recent movies I’d seen.

A whole new world opened to me that evening. I realized that these so-called classic movies could be, well, actually good. But another epiphany occurred that evening as well.

In the movie, Bob Hope’s character at several points says or does something funny even though no other actors are in the scene. As a kid, I didn’t make the obvious connection that he was doing that for us, the audience. At the time, what struck me was that you could make a joke or do an amusing antic that no one else would ever see. But it wouldn’t matter. You did it just for you. 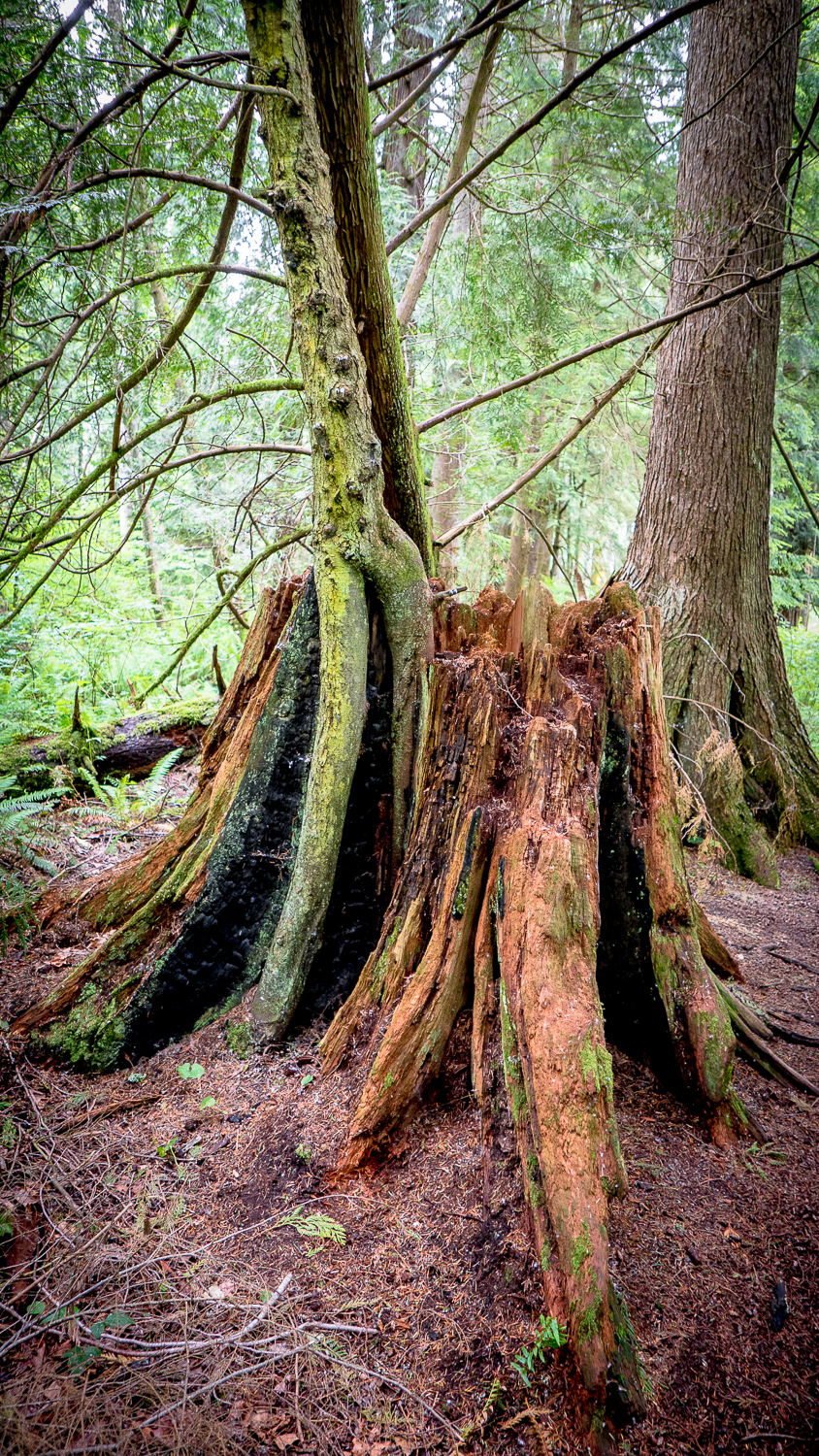 Flash forward to last weekend when my wife and I were hiking. On a pristine trail with few signs of human intervention other than the pathway itself, we came across an old tree stump with a new tree growing out of it. I had walked right past the tree on our way out. But on the return, I noticed something unusual.

Someone had adhered a set of googly eyes to the trunk. A closer look revealed not just one set, but many. In fact, when I began inspecting the dead tree, I realized that there were these small quarter-inch or smaller white plastic circles with black dots inside them all over the tree.

Who put them there? Why? Did they leave all these eyes at once? Or did they start with just a few and other people added to it over time?

My response to Son of Paleface came flooding back. What if someone had done this just for themselves? Or perhaps a group of friends had added the eyes just as an inside joke among them? Whatever the back story, it raised some intriguing (well, at least to me, which is part of the point here) questions:

All this reminded me of my oldest son who is a graphic designer. He periodically goes out and finds some item — a piece of broken pottery, an abandoned display case, an old sign — brings it home and paints it or adds some other media to make it into a work of art. He then returns the enhanced piece to the place he found it. Trash to treasure.

He never knows if anyone ever even sees the work. But it doesn’t matter. Or maybe it does. Maybe the fact that he doesn’t know how people respond to it is the best part of it.

What if we did more of our work as if we didn’t care what others thought? What if we didn’t worry about the response to our efforts but simply strove to add beauty or humor or interest or hope in even the most unlikely places? What if no one knew we did any of this except for God? And what if we invited God into our secret creations and acts of beauty and good will?