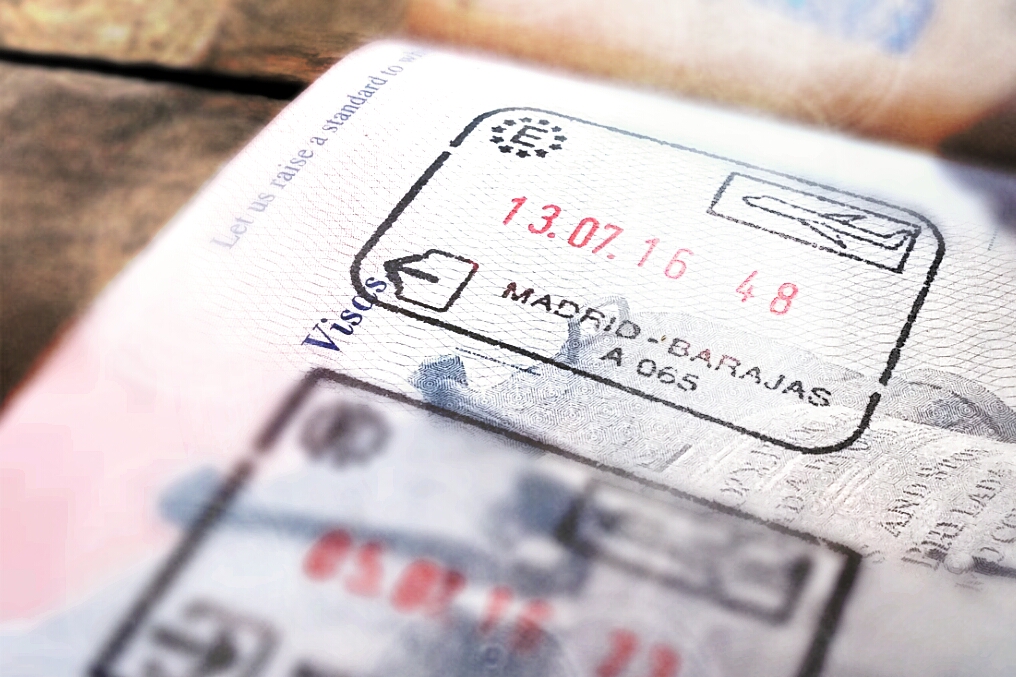 After losing my passport in the Madrid airport and then finding it, I was now faced with a new dilemma: How could I ever make it through this huge line for passport control in time to make my flight?

I ran ahead toward the front of the line. And there, right where I’d left him was the same official with whom I’d spoken before. I held up my passport. Again, the look of disbelief, but this time in a good way. Others were clamoring for his attention but thankfully, he understood my dilemma and asked them to wait. He told me to follow him as he walked to the head of the line and made way for me four people back from the front. Again, my words of gratitude couldn’t convey my appreciation.

Appreciation was not what the guy behind me was feeling. I heard him mutter something in English, not to me but to a couple taking way too long chatting with the immigration officer. I apologized for cutting in line but explained my situation. He said that he had arrived three hours earlier and still might not make his flight either. It’s a good reminder that even if you don’t lose your passport at the airport, getting through the airport for international flights can take far more time than you expect, especially during busy travel times or periods of heightened security.

The two of us waited anxiously and then, finally, the passport control official waved me forward. A few questions, the thunk of the immigration stamp and suddenly, I was back in motion, running down the concourse. The signs told me it would take 20 minutes to reach my gate. I halved that and made it to the gate three minutes before departure time.

Somehow, against all odds, I had made my flight.

I had prayed all the way through this process and all I could tell my relieved family when they saw me on the plane was, “God is so good.” And for the next hour as we took off and I finally settled down after this whole fiasco, all I could do was praise God for his kindness and grace. There was no doubt in my mind that God had performed a miracle. He had pulled the needle from the haystack and opened the doors to get me on this flight.

But as we cruised westward at 38,000 feet, something began to change. I replayed the scenario over and over. What was a miracle a few minutes ago became a carefully plotted explanation of how it all occurred. My passport likely got caught inside the X-ray machine. Someone found it and handed it to the right person to go in their equivalent of a “lost and found” pile. I worked through enough people to finally find the one who knew of this and voila! I had my passport back. And getting back on time? It was just smart on my part to have found the same guy who had helped me before.

In no time at all, I had explained away my miracle.

How can that be? How? Because I do it all the time. The Madrid airport was just a more dramatic example of how God comes through for me all the time in situations big and small. And at first, I am grateful. But soon after, I forget what really happened. I forget grace. Or more specifically, I choose to believe more in my own explanations than to concede that maybe, just maybe, God is real and active and concerned about things like lost passports. Or rather, the impact that lost passports have on his children, people he cares for so deeply.

I pray for miracles and when they happen, I am quick to dismiss them. The rational side of me isn’t comfortable with the possibility of divine intervention and mystery. But here’s the coda of this story.

I may have forgotten grace in the comfort of that flight home. But now, when other crises occur or I awake at 3 a.m. with some concern that no rationalizing can salve, I think back on my passport. It has become more than a government document now, a means of clearing borders. It is a symbol.

It represents answered prayer, God’s coming through in difficult straights. But most of all, it symbolizes that I am not alone however much I may explain away God’s presence and intervention into this material realm. I cannot prove God. But neither will I disprove him by refusing to believe that he still acts, intercedes and loves. That little blue passport book is a testament to a grace that continues when I remember it and even when I don’t.

It’s a symbol that at the end of all of this, it’s not just a passport that was found.