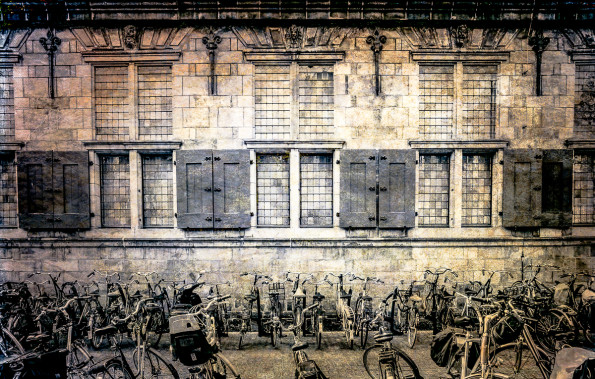 On the afternoon and evening we were killing time waiting in Delft in the Netherlands, we did something every family should do when traveling together for an extended period.

No matter how well you get along, it’s good to go your own way occasionally and get a small break from each other. My wife and son went shopping for some of Delft’s famed blue and white porcelain. I took off to explore.

Traveling solo opens a world that isn’t available to you even when you’re with just one other person. You’re more approachable, even vulnerable. That can be very positive since you have encounters you’d miss otherwise. But it can also put you in situations where you wish you had some back-up… 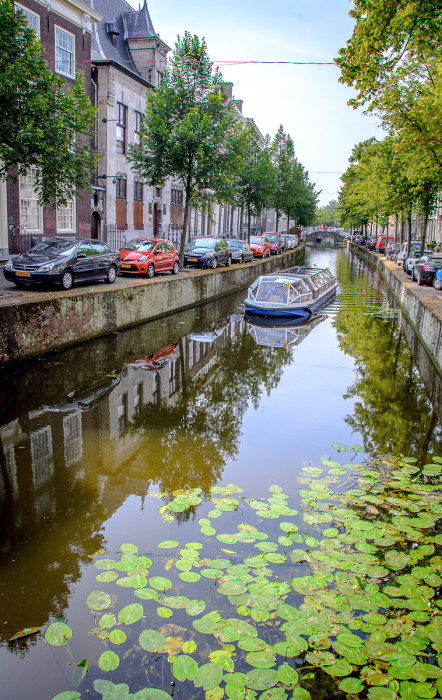 As I turned the corner, I beheld a group of street musicians, a half dozen playing while a few others and what appeared to be their wives or girlfriends sat in their midst enjoying the music as well.

I’d never heard music like this – exactly in this style – before. It sounded like a cross between the band in the bar scene of the original Star Wars movie and Jewish Klezmer music. Led by a lively, uplifting clarinet, the music was both complex with the various instruments weaving their sounds together, but almost childlike in its simple, catchy melodies.

I paused to listen and watch, then lingered in the general vicinity ostensibly taking photos, but mostly enjoying the music. I passed through an entryway into a nearby garden area where I discovered a lovely park and sculpture made from the shards of Delft pottery such as the bench below. All the while, I could still hear the music. 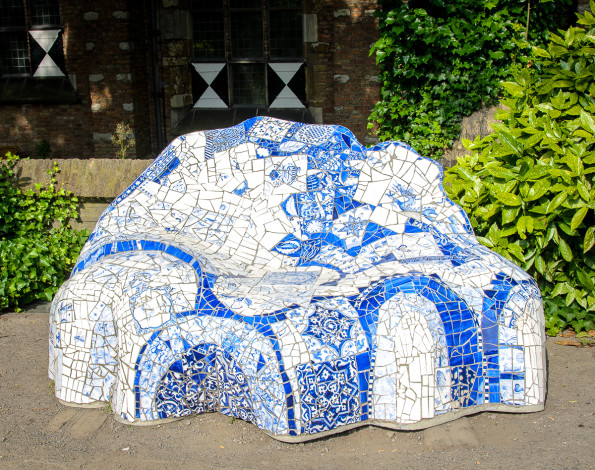 I decided to reward these musicians, so I dug out all the change I had, a substantial amount in heft but totaling barely a euro (about $1.30). Still, it was something.

I held the coins in my hand as I returned to where the musicians were, but by now, they were wrapping up and bundling away their instruments. As I approached, the leader of the group came over and, shrewdly surmising my intent, held out his hand. “You like our music?” he said in halting English. “Very much,” I replied pouring what now seemed like a paltry amount of change into his hand. He didn’t seem to care about the monetary value so much as my appreciation.

Soon, the entire band was around me, all smiles as I told them how I’d never heard music like that and how good they were.

They told me they were from Serbia and, of course, they wondered about my country. So we talked and they held up their various instruments; clarinet, violin, small guitar, tambourine/drum, accordion and others. Soon, one of the members was gesturing with his cell phone for me to stand with their leader (who did all the talking) for a photo. The leader wrapped his arm around me and there we stood for the photo like two old friends. And for that moment, that’s what it felt like we were.

By now, they were all packed up and so we said our goodbyes. I wandered off toward a canal and they dispersed. As I walked, I mused over these small moments and brief encounters you have on trips, ones that usually only happen when you’re on your own.

What a great experience I thought. Then I reached into my pocket for my smart phone to check the time.