The one less traveled – Part 1 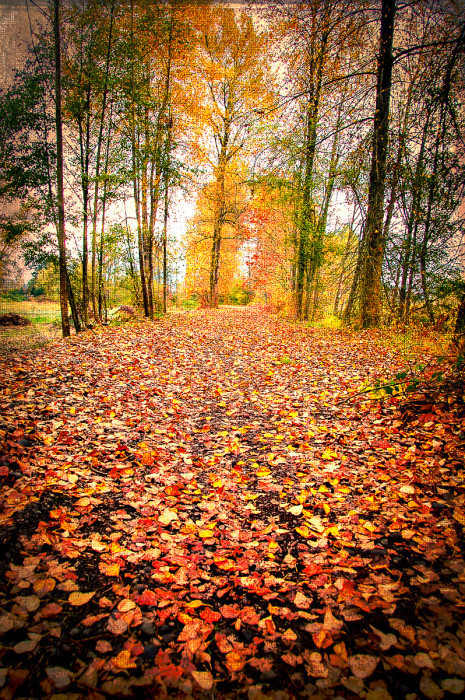 Some friends recently gave my oldest son a record player. Vinyl is now his prey. Everywhere he goes, he hunts his quarry hoping to find the perfect old record.

He hit the jackpot two days before Christmas. He and his brother went exploring in my in-laws’ attic and found box after box of LP’s ranging from classical to jazz to Christmas to some albums my wife and her brothers had growing up. Remember The Knack? We found that, put it on and I have to say, once “My, my, my, my Sharona” gets into your head, it camps out, builds a residence and resists all efforts at eviction. (For those of you too young to know what I mean, I assure you, it isn’t a good thing.)

Of all the records they uncovered, the most interesting to me was an old recording of Robert Frost reading his own poetry. I thought it might be funny to hear, but in less than a minute, there we were: three generations sitting around the phonograph mesmerized.

When he got to arguably his  most famous poem, The Road Not Taken, I expected to recite it along with him, at least the first and last stanzas:

But two things occurred. First, I realized how little I know of the middle parts of the poem, words I’ve long forgotten even as the final line gets used and mis-used repeatedly in everything from book titles to car commercials to blog post titles.

Second, as I listened to the way Frost wrapped his New Englander intonations around the words (sounding almost cranky at times) something very strange happened. I heard this well-known poem in a manner that was both familiar – I could even see the words in my mind’s eye as I listened – and yet completely new.

“…And sorry I could not travel both and be one traveler…” Even now, two weeks later, the line still surprises me with the fullness of what lies within those words.

Here’s the funny thing: Had I looked up the poem in a book and read it, familiarity would likely have won out. I would have probably reacted with some comment about, “Oh yeah. That old poem. Yellow woods and all that…” But hearing it, particularly in the words of one of our nation’s greatest poets, a man long since passed away, changed not only my experience of the poem but how I was able to receive it.

And that’s exactly what travel itself does for us. It changes the familiar and helps us experience life with fresh perceptions. The old becomes new and is, in some ways, even more precious because it is like encountering an old friend or finding a once cherished item you’d given up as being forever lost.

One of my goals this year is to see the world. Really see it. Perceive it with more of my senses. Experience the old in new ways. Especially the world that is all around me every day. But it may take a different kind of travel to get there. Perhaps traveling not as a global explorer, but as something much simpler. Perhaps it means traveling as one less traveled.

Who knows? It could make all the difference.