Remembering what we don’t understand 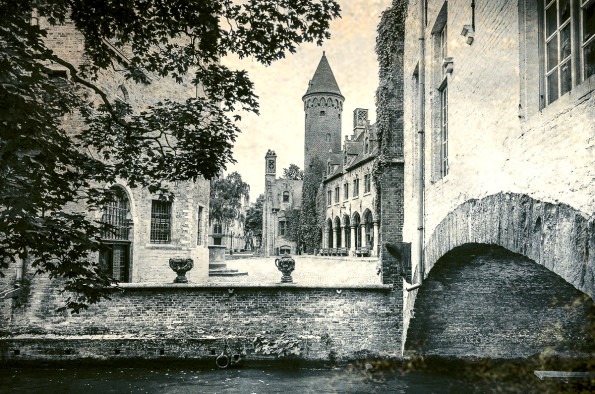 As I get older, I understand fewer and fewer things even as I know more. Why, for instance, as I sit tonight on a plane flying home from a business trip in Alaska, do I suddenly think of Brugge, Belgium?

One memory cascades against another. I remember the place as it was when we visited last summer. But I also consider my own memories of how I pictured it before the trip. Sometimes, as if recalling a dream, I confuse the actual with the imagined. Anticipation of a trip can be that powerful that the expectant view of the place competes later with the real memories.

I have heard explanations for why this is, why our memories are as trustworthy as a thief. But still I don’t understand it fully when confronted with its reality.

So what comes to mind about Brugge tonight on this airplane thousands of miles away? Moments. Vignettes. Glimpses.

The crowds when we first arrived. I knew it was a popular city being a UNESCO World Heritage site, but still I had expected intimacy and not the jostling of so many other tourists on the main drags and in tour boats. 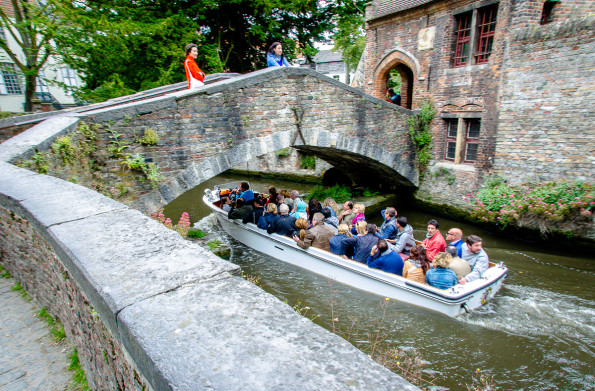 Water and stone. The numerous bridges and canals restrained by walls of brick and rock, moss and roots and passages of boats and time. 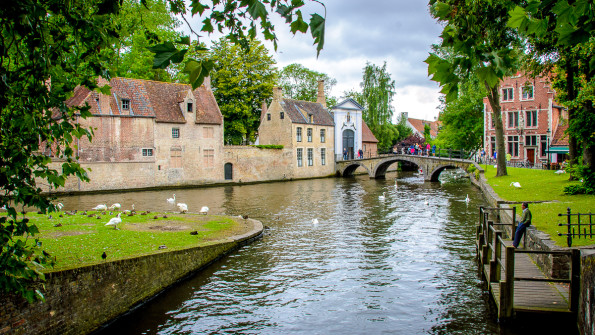 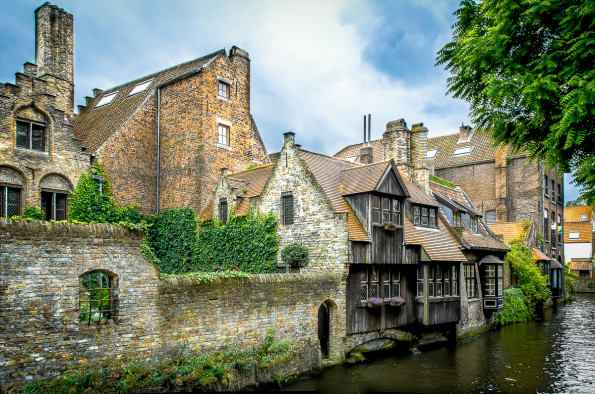 Music. Wandering one warm evening in the southern haunts of the old town. As hot air balloons floated I heard the sounds of Bonnie Raitt live in concert a hundred feet away performing in an amphitheater on the other side of an inviting row of trees.

Smiling later as I passed her modern tour busses parked cozily along a centuries-old street. 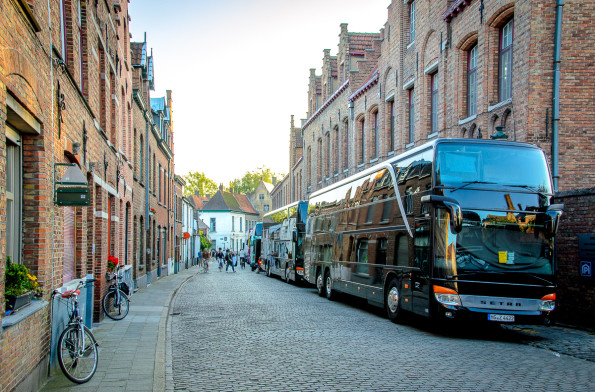 Light. A morning exploration of the town, in particular the old Godshuizen (or almshouses), a cluster of houses built for the poor by rich merchants from the 14th to 18th centuries. 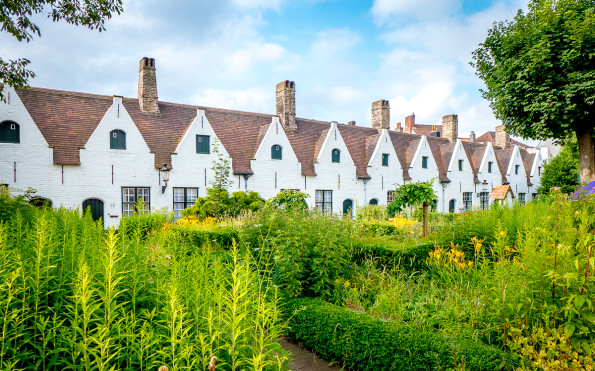 Or the filtered sunlight of the lonely (at that time of day) chapel at the Beginjnhof, a 12th century nunnery still in use today. I sat in reverent silence there until a nun entered as I was leaving. We mutually reacted with surprise and smiles as if the presence of another was both unexpected and yet somehow fitting. 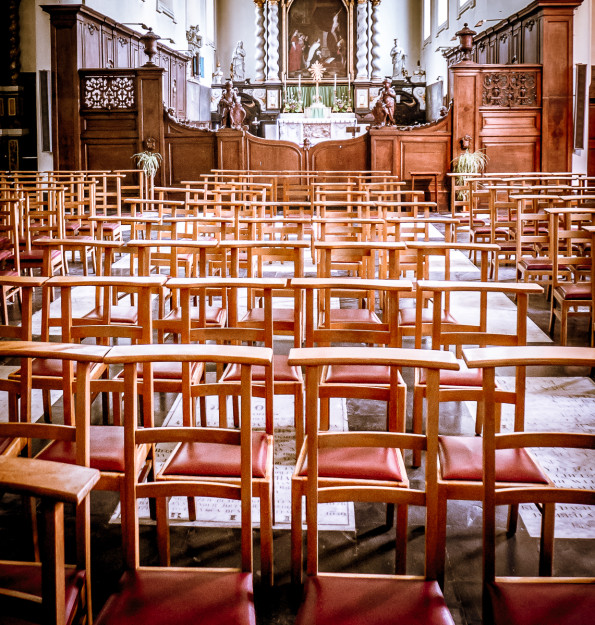 Food. The heavy iron pots that embraced the Flemish Stew at a particularly cozy restaurant while the “Fries Angel” hovered nearby with inexhaustible replenishments of pommes frittes. 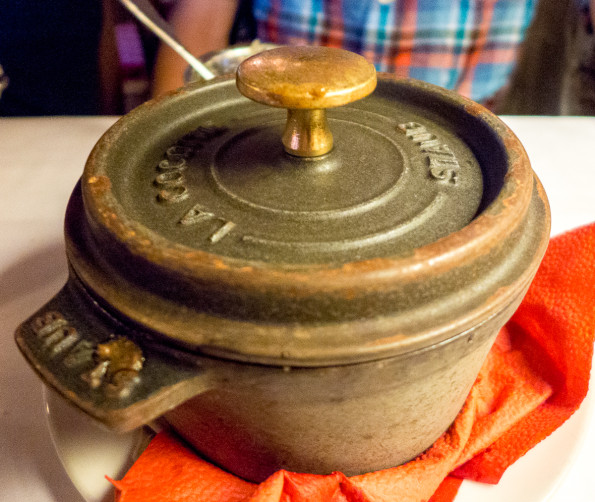 Or the delightful meal we scarfed down, grateful that the owner had squeezed us in on a busy night between existing reservations.

Why I recall all this now with no known triggers (smell being the most common), I do not understand. But I do recognize the familiar nature of meaningful travel to revisit itself upon us months or years after a trip.

I don’t have to understand the wonder of travel to appreciate it. I have only to be grateful for it…and remember.