Looking on the inside

I thought I’d throw that verse in (completely out of context, of course) just to add some biblical weight to today’s entry on seeing the old or familiar in a new way.

When we look at a familiar building or scene, we tend to do what the verse above suggests: we look at the outward appearance. But if you want to see it in a fresh manner, look beyond that.  Look inside.

That’s rather obvious with some place like, say, Notre Dame Cathedral in Paris. After all, most people go there as much or more for the inside than the outside.

But take someplace like the Arc de Triomphe a few miles away from Notre Dame. If it were up to me on this recent trip to France, I wouldn’t have bothered to do anything other than to drive around it. But my family wanted to see Napoleon’s famous monument and so we went.

Why didn’t I care to see it? Because I’ve already seen it – or thought I had – too many times in photos and posters, movies and magazines, even on previous trips. But in each of these instances, I saw the outside. In fact, I don’t think I even knew there was an inside until this trip. Once there this time, however, my focus shifted and in many ways, the inside became more interesting than the outside simply because I didn’t know it existed.

I started with the inside of the outside as you can see above or here: 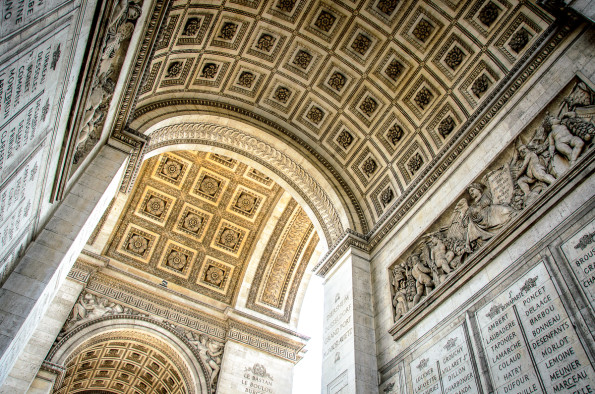 And of course, I had to have at least one external shot just like everyone else to provide context (and a sense of the crowds): 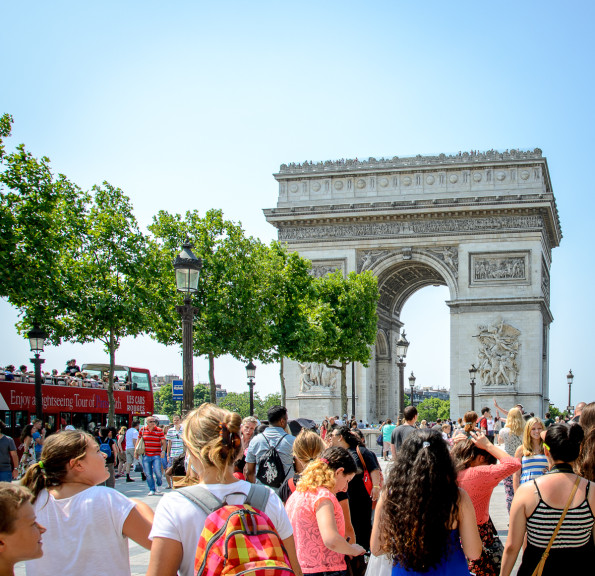 Not bad, but as with my original shots of the Eiffel Tower, all overly familiar.

But then I stepped inside.

First, you have to walk through a tunnel that goes under the crazy traffic overhead. 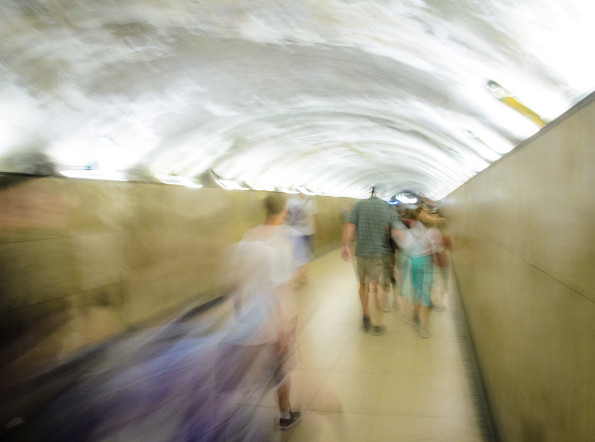 Then you get to ascend a metal spiral staircase. You might just ignore it on your way to the top. But pausing long enough to appreciate it made all the difference: 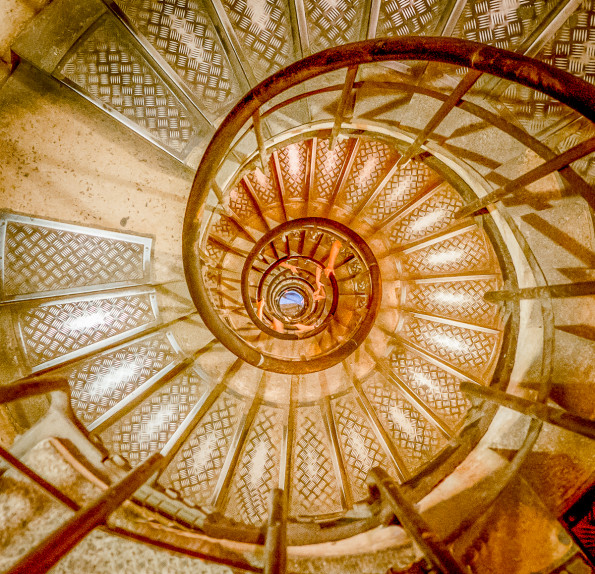 If you click on the image a few times you can see the enlarged version and you’ll see more clearly the hands holding onto the railing in the center of the photo. I have some other inside shots I’ll share in another entry, but this one for me is memorable because it shows a very different perspective on the Arc de Triomphe.

Would you know this was taken at the Arc? You likely wouldn’t without captions. But I know and my family knows and since discovery is personal, in many ways that is all that matters. It’s our little less obvious view of a very obvious icon of Paris.

Next time you’re confronted with a place you’ve seen too many times, go deeper. Look beyond the obvious and the external. Literally and figuratively look at the heart of the place and you may be surprised at what you see.