Looking beyond what you see 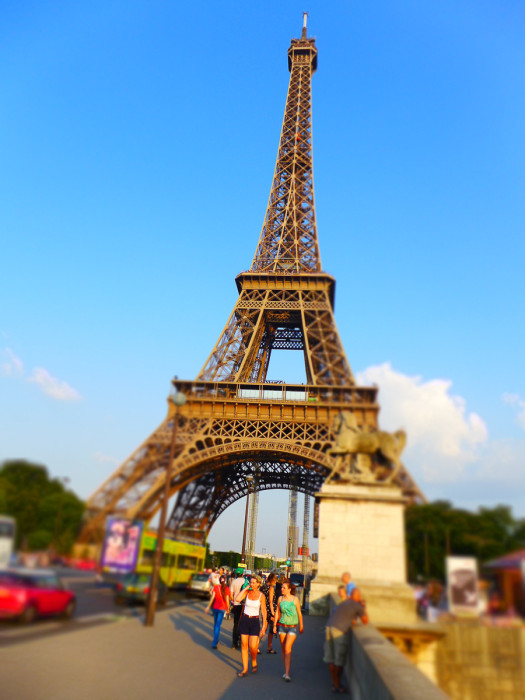 If you want to see the familiar in a new light, a good starting place is to look beyond what the normal light reveals.

On our trip to Paris last month, we decided to spend our first evening there at the city’s most famous landmark, the Eiffel Tower.

I can be as cynical and jaded as the next weary traveler when it comes to over-hyped, over-crowded tourist sites. But here’s my advice to you if you ever go to Paris: visit the Eiffel Tower.

Yes, unless you get your tickets in advance (highly recommended and you can do it online) to ascend the tower you could be waiting in line for hours. Hours. And yes, you already know what it looks like. Yes, there are other sights in Paris that are greater discoveries, lest infested with mobs of tourists and more personal.

But even given all those factors, I still say it: visit the Eiffel Tower.

The size is a surprise. It’s always a surprise. The details of the ironwork are a delight. And the crowds? It’s like one big – but not too boisterous –  party all the time.

You expect this big hunk of metal and instead you find poetry ascending into the heavens. Magic. And everyone around is equally enraptured.

If you do go, how do you capture an image of it that is fresh, that isn’t just the same shot or view you’ve already seen dozens or hundreds of times?

One way is to look beyond what you see, what the light itself reveals. Here were my attempts:

The photo above is pretty typical of what most of us see and take. I added the “miniaturization” filter to make it a bit different, but it’s still the same old image taken from the bridge over the Seine. 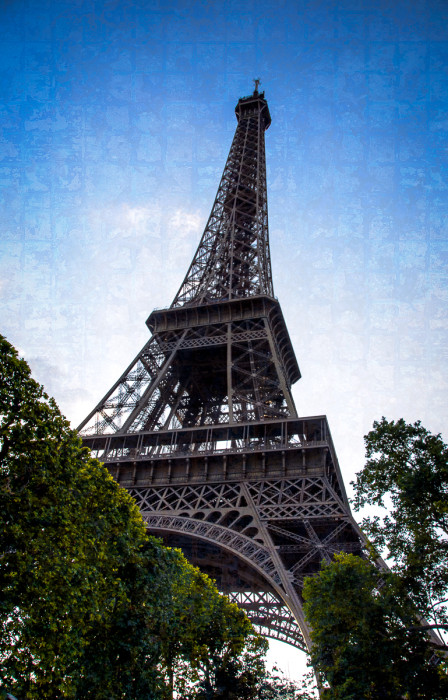 This photo is similar. I added some texture to the background for a bit of novelty, but otherwise you’ve likely seen similar images before.

I thought I’d go for the social, human element so I tried this shot of some picnickers in the park: 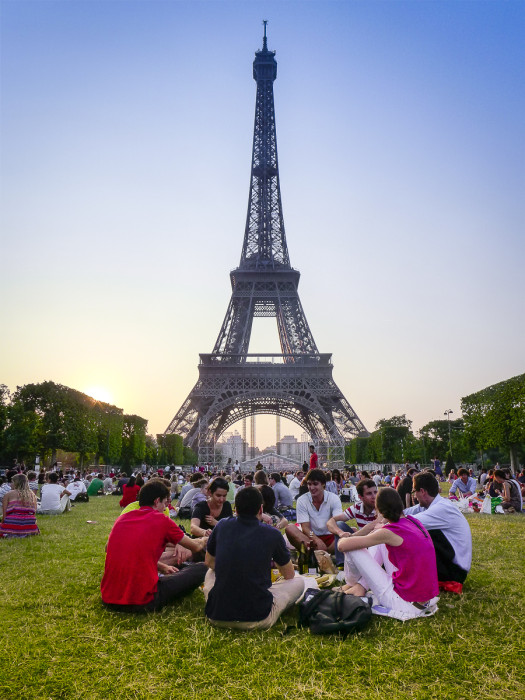 Again, this feels familiar (and a bit off in color, but the color was odd that evening). So I thought, what if I concentrate on the details you don’t normally see in photos like all the African vendors who swarm the area offering miniature versions of the tower? I think the idea has possibilities, but it still isn’t quite what I was hoping for. 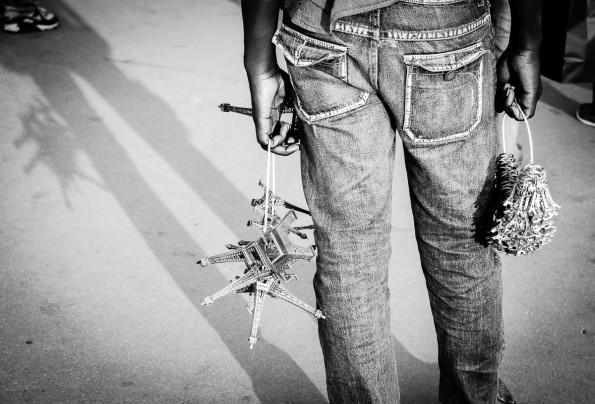 Then, I noticed as we walked around the tower near sunset that a group of workers were erecting portable bleachers for upcoming Bastille Day festivities, or so I surmised. When I focused on them, I saw the light. Literally.

I stopped seeing the tower as the tower and instead saw only the shadows it produced. And that’s when I knew I had my shot.

The following images look like they’ve been radically altered into their purest black and white forms. In reality, with the evening sun directly behind the tower, all I saw were silhouettes. I merely increased the whites and darkened the shadows a bit to produce these images.

This first one appealed to me since it shows the workers best. I like the guy with the hammer: 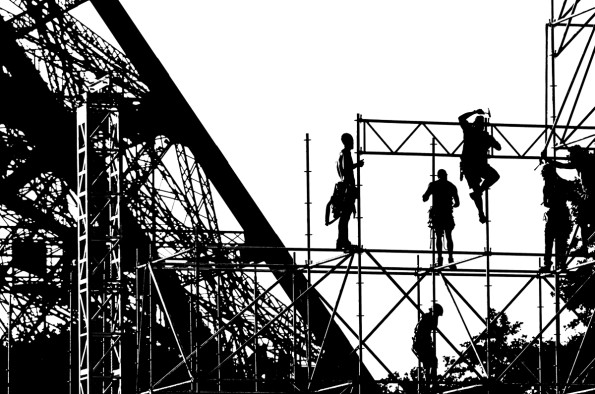 In this second photo I tried to capture more of the rounded arch that provides a better clue as to the image’s location. 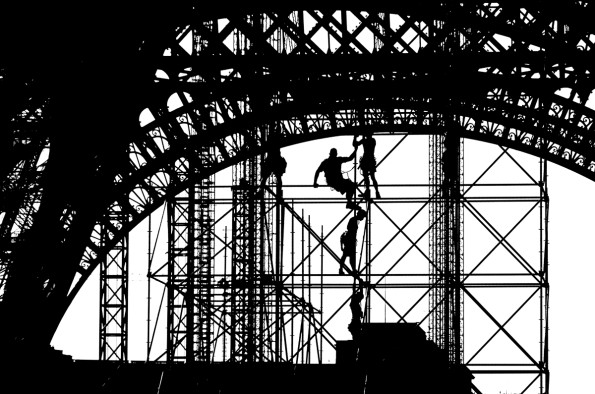 Finally, I liked this last image since it encompasses more of the tower including tiny people up on the second level. If you click on the image several times you’ll get to a larger view if you want to see the details. 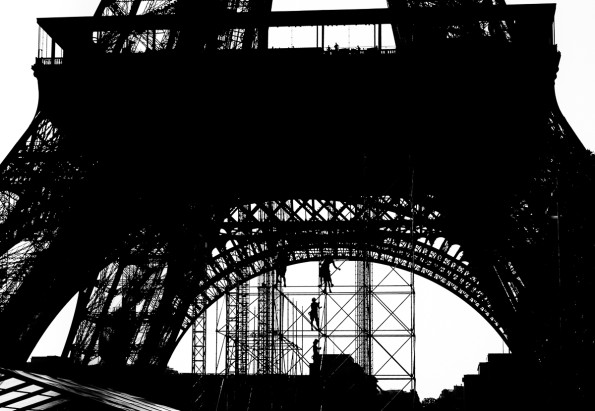 My wife thinks the workers look like Cirque du Soleil acrobats. What you think?

By not seeing or at least focusing on the tower itself, I saw it in a new way. As they teach you in drawing, often the best way to really see an object is to concentrate on the negative space (e.g. the white space in these images) around it.

With icons like the Eiffel Tower or with life in general, sometimes you have to look beyond what you see in order for you to actually see it.