The hunger for a quest

I like reading the newspaper. Sure, I can access all the news and more I want online, but I digest it differently in paper. When I scan the news online, I tend to focus on the headlines, the attention-getting news. When I read the paper, I settle in for the less obvious.

Take for instance this small article in the Travel section of the Sunday Seattle Times: http://seattletimes.com/html/travel/2020865912_bestbaguettexml.html 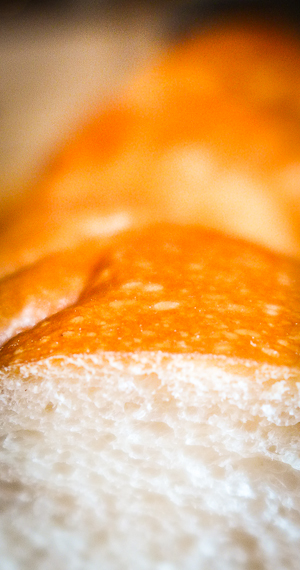 It’s easy to pass over, but it caught my attention for three reasons:

First, it’s about bread. Despite how much I know about the downsides of white flour and too many carbs in my diet, I still retain an affection for something as simple as a baguette. So when the article describes the BEST baguette, I have to take note.

Second, it occurs in Paris. Normally, that would mean little to me. But later this year, I will be there on a trip with my family so I’m more attuned to mentions of The City of Lights than normal.

Third, it sparks an idea.

Why not hunt down this best baguette in Paris when I’m there? Turn it into a quest of the doughy kind. Find the bakery, conquer the baguette and cast my own judgment on its quality.

It sounds kind of silly. But I find mini-quests of this nature to add much to a trip. There’s no logic here, just the fun of finding someplace you’ve heard about, a culinary scavenger hunt. It’s like geocaching without the GPS and the treasure in this case is something you can eat. What’s not to like?

The funny thing is, if I had read about this bakery in a guidebook or on a travel website, I would likely ignore it. Anyone can read about it there. But finding it in the paper somehow makes it my discovery. That may not seem rational, but when you think about it, most of our decisions don’t hold up well to the scrutiny of objective logic.

I’ll add it to my list of other Parisian quests: the ultimate shot of a gargoyle, an unlikely quiet moment in St. Chapelle, the bridge where lovers clasp padlocks and throw the keys into the river, several markets and yeah, all those touristy things like museums and a certain iron tower in the middle of town.

Quests don’t have to be big or necessarily meaningful in and of themselves. I tend to think of them as an excuse, a reason to venture into neighborhoods I wouldn’t likely go and to find something that matters – even minutely – to me or my family.

You can go big: a quest, for example, to find your birth parents or visit an ancestral home. Or you can pursue collections or hobbies. Or, in this case, you can seek out a certain place or type of food. The value of the quest isn’t in the destination or even the journey as you’d normally think. No, to me, the value of the quest is in having a quest.

It may be just as simple as that…or as uncomplicated as a loaf of French bread.