I’d heard of the memorial and vaguely recalled the past events that led to its construction. But until last week, it meant little to me. 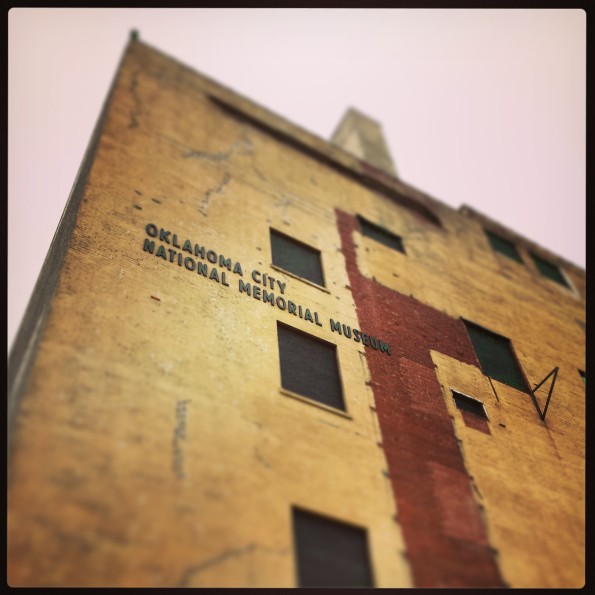 Just a few days before the devastating tornado touched down a dozen or so miles from there this week, I stood amidst the Oklahoma City National Memorial and Museum. I came not so much to pay tribute to those killed on April 19, 1995 when the rental truck driven by Timothy McVeigh exploded, cutting short the life of 168 people. 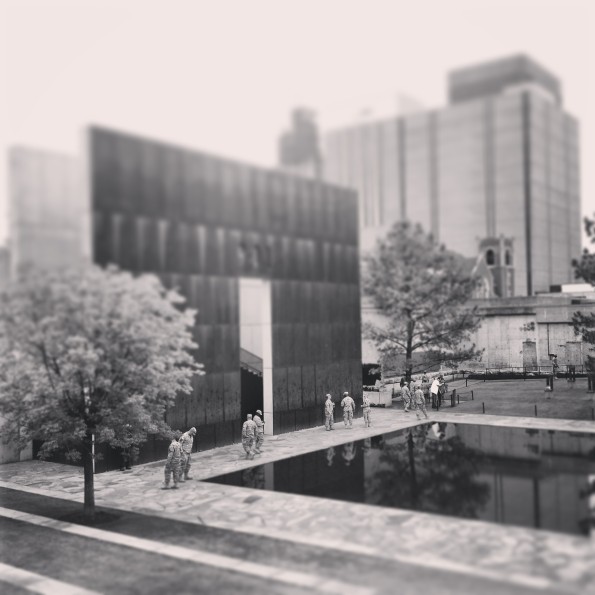 Instead, I arrived simply because my work meetings on my business trip there had ended early. My four colleagues and I were looking for something of interest until our plane departed four hours later. We decided on the memorial for reasons that stemmed more out of a lack of other choice than intention. 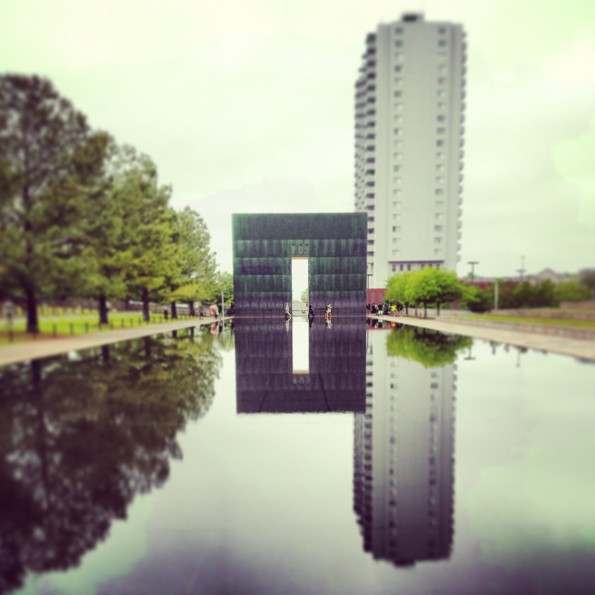 As we approached the memorial, we took in the murmured whispers of other visitors, the  dark arches that bookend the black reflecting pool and the ochre colored building that now houses the site’s museum. Minutes later, we stood on the curved overlook listening to the park ranger as he filled in details that added incredible meaning to the space around us.

He told of the rental truck loaded with enough fertilizer that, when ignited, left a crater seven feet deep and 27 feet wide – the distance, he pointed out, between two trees across from us. He explained about McVeigh’s getaway car parked at the time to the left of where we now stood, left unattended and unmoved for a week before the blast. 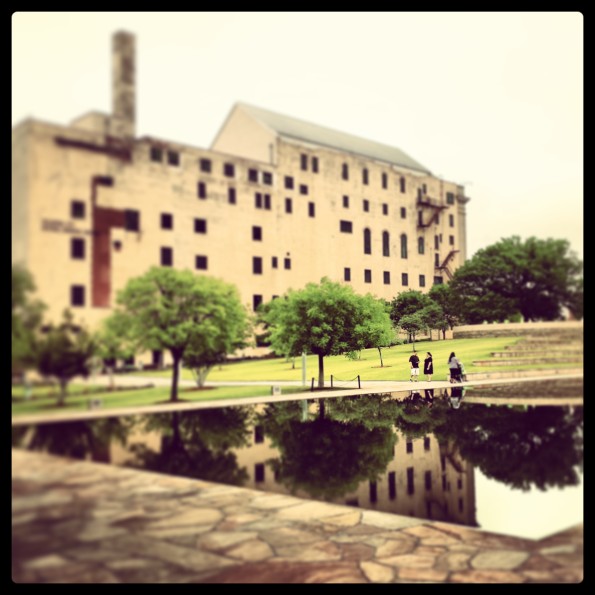 He told of how the axle of the blown up rental truck landed over a block away, smashing a car but not harming the person inside. How that axle’s serial number led to identifying the truck which led to finding its rental location and a description of McVeigh. How by not having license plates on the getaway car, McVeigh was pulled over an hour and a half north of here and arrested not for anything related to the explosion but because of an unregistered concealed gun they found on him when they pulled him over. How the FBI pieced it all together so quickly and made the connections that led to McVeigh’s eventual execution six years later. 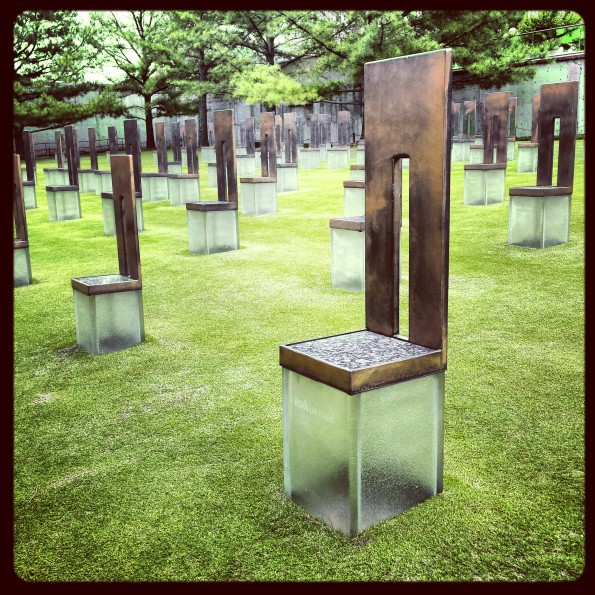 The ranger also recounted the personal loss in what is still the deadliest terrorist attack on US soil carried out by its own citizens. He pointed out the 168 bronze and glass chairs on the lawn across from us, one for each victim, the small ones representing the children killed that day. 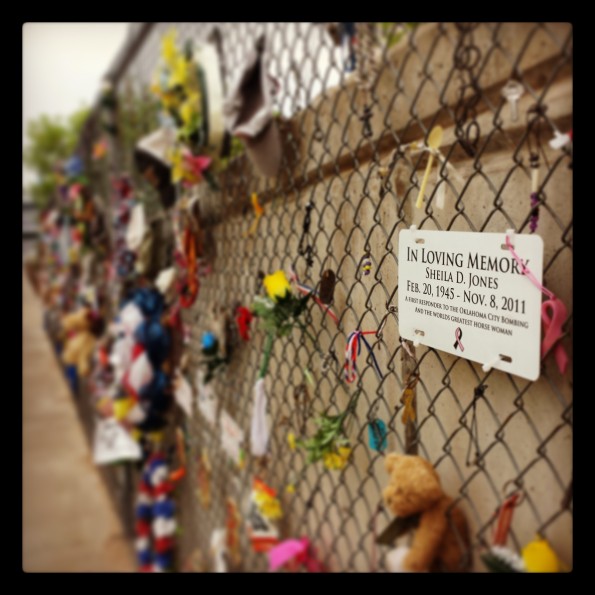 Stories and more stories, far too numerous to recount here but all made more tangible by what we could see, hear and touch. 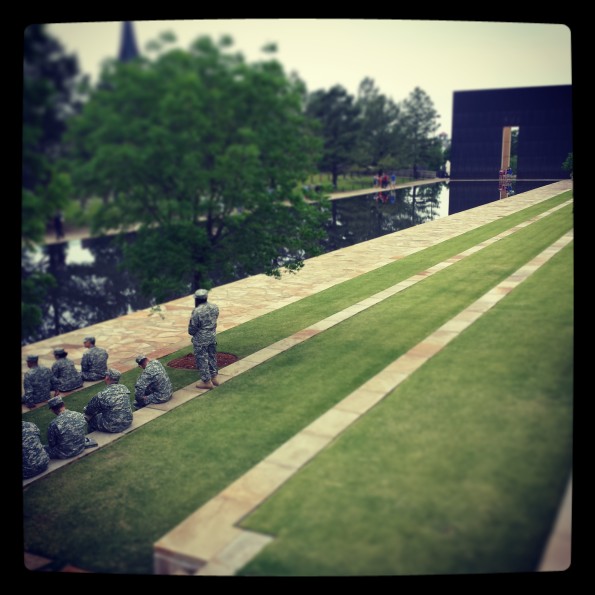 The power of such memorials is that they are physical reminders that tell those of us who lived through the time of the events, “Remember.” And to those who come later: “Learn and do not forget.” 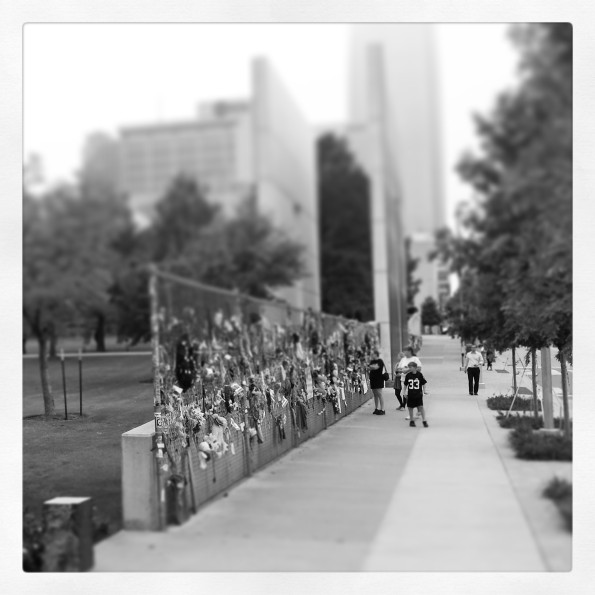 Travel moves us from place to place. But often, if we avail ourselves, take the time and venture forth on “unnecessary” side trips, it moves us in other ways. 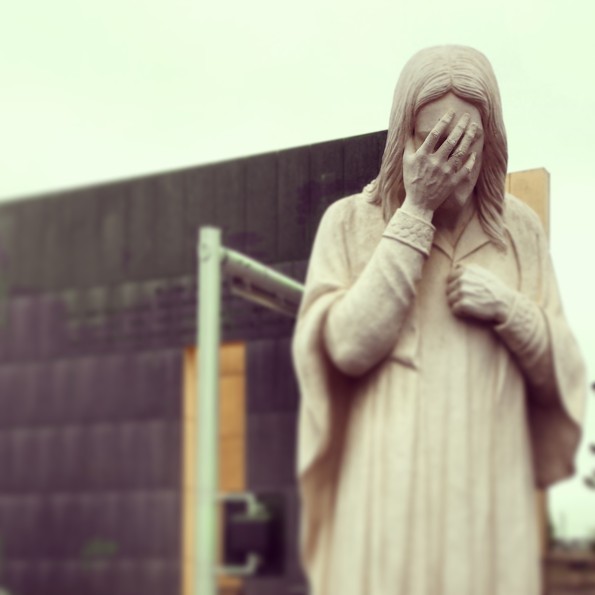 I had no intention when I left on this business trip last week to visit this place. Now I cannot imagine ever forgetting it.