We’ve seen how some photos tell better stories with people in them and some work without people.

Now let’s explore what we touched on last time: The different story that a black & white image tells.

Here are two other photos from the same place. By now, if you don’t recognize this place, you probably won’t, but I’ll still keep you guessing! 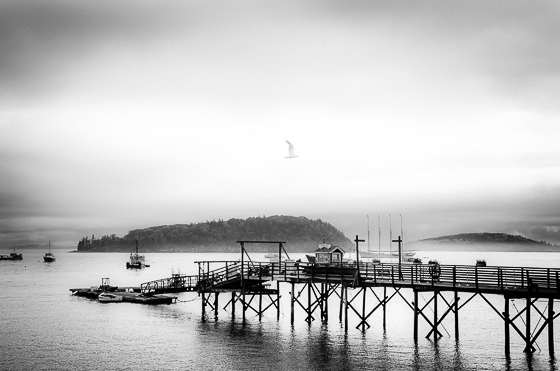 This first image provides context. It tells its own story about the sea or at least one element of that.

This next image is a shot my son Sumner took: 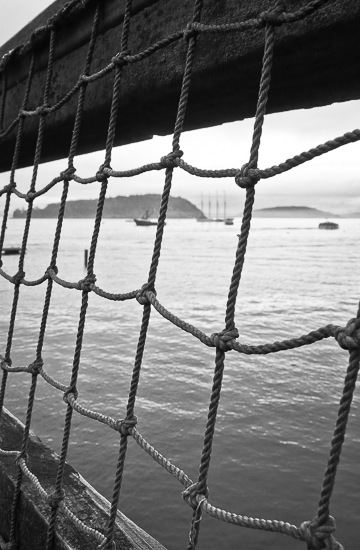 If you look closely, you can see that these were taken from roughly the same location. But they tell different stories. They share, however, the same feel achieved through the conversion of each to black & white.

Images work well in black & white when there is strong contrast and interesting shapes and textures. Also, quite frankly, these were shot on a cold, wet morning and there wasn’t much color in the scene anyway. So they tell a better story and make for better photos when done in black & white.

It’s easy these days to convert a digital image to black & white or sepia on your camera or phone or in most photo software programs. So next time you see a scene with a lot of character and strong tonal differences, consider taking it or later making it in black & white. You’ll find that it increases your options for telling visual stories and can make an otherwise blah photo into something quite beautiful.

If you haven’t already seen them, check out these other images and let me know if you’ve figured out where this place is: