In this series on visual storytelling, you have two goals. The first is to figure out where these images were taken. The second is to think about how to take better photos on your next trip that tell a story.

Let’s look at another image from the same trip as before: 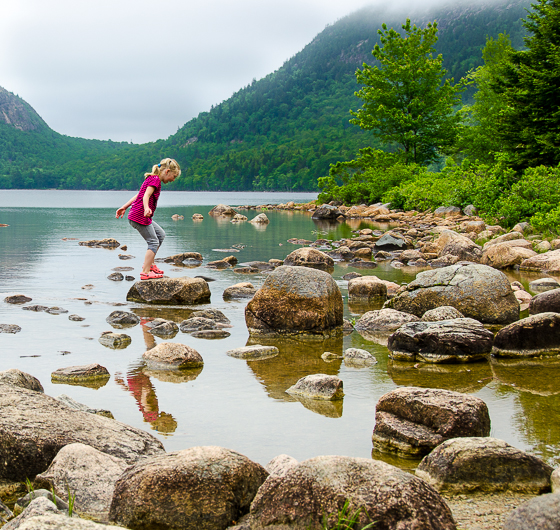 Personally, I love this photo for the following reasons:

But it’s not the only story you could tell. Take a look at this photo: 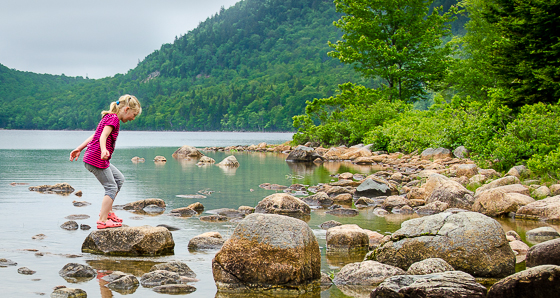 If you look carefully, you’ll realize it is the same photo as the first one. Here, however, I’ve cropped out the foreground rocks. Some people might prefer this second image since it tells a clearer story about the little girl.

The point is, there is no one right way to tell a story visually. I like the larger image because the rocks were a meaningful part of my experience there and I like including the girl’s reflection in the water. But that’s just me.

When you make a photo, it’s up to you to figure out what works best for you and for your audience. So as the audience here, you tell me: Which image do you prefer as the viewer?

Also, any guesses as to where this is? This lake is located in a park next to the town where the previous image was shot. Any ideas?