When your trip goes awry – Part 5

The combined episodes of having one flight cancelled, being denied a second, making a third and finally arriving at my destination don’t tell the full story.

Here’s the background: If you’d been flying a ton for most of December and you were in, say the Midwest until Thursday and had other meetings in say, Orlando, Florida the following Monday, what would you do? Spend all day Thursday flying home to Seattle then all day Sunday flying to Florida? Or might you think, “I’ll fly directly to Florida, save a day in the air, get some work done in the hotel and be fresh as a daisy for Monday’s meetings?”

Except that Thursday ran me ragged due to having a cold and the stress of flight delays. And then along comes Friday.

My hotel (a Hyatt no less, located inside the Orlando airport) lacks wifi. I spend the whole day on my cell phone or trying to find the elusive hot spot at the airport just to get some emails out. Overall, the day is frustrating and I wonder more than once if I should have just flown home Thursday. I could have avoided the last two days that have been as much fun as an extended stay at the Laundromat.

But I would also have missed what happened Friday night.

My client (who has become a great friend) has invited me to Andrew Peterson’s “Behold the Lamb of God” concert this Friday evening here in Orlando. I love Andrew Peterson’s music and his books for young adults. But I’ve never seen him perform live.

The concert is wonderful. It starts with the various muscians on this tour performing their own works. It then moves to a musical account of, as they put it, “The true tall tale of the Christ child.” I am enchanted and moved and, for the first time this season, begin to feel as if Christmas is indeed coming.

Then, amidst all this expectation of Christmas arrives something unexpected.

To explain one of his songs, Andrew tells of reluctantly reading his son’s favorite book, The Yearling by Marjorie Kinnan Rawlings. Favorite? I saw the movie a few years back, the old one with Gregory Peck. I could relate to Andrew’s hesitancy to read the book. You won’t find it in the dictionary under “happy endings.” It’s like Old Yeller: “boy meets pet, boy falls in love with pet, boy has adventures with pet, crisis occurs, pet dies.” Not exactly uplifting. 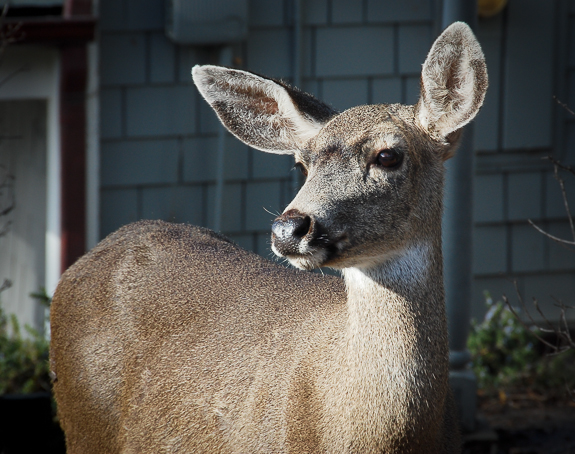 Yet there’s more to it than a sad end to the family pet deer. What I had missed was what Andrew saw in the book: The “yearling” is not the pet fawn so much as the boy, young Jody Baxter. And what dies in the book is not just a deer, but the innocence of youth.

I cannot tell you why his explanation of the book and the corresponding song struck me as they did. But as he described his own mourning for the passing of childhood and the hard realities of adulthood, I understood. I understood immediately what he meant and what he felt. I even knew, in that moment, why it was so hard for me to get here, why I responded almost as a child would to the minor inconvenience of delayed flights and why these words and this song matter to me.

We all have missing pieces within us. Unfinished business. Places within we know to be ours even though we’ve forgotten or misplaced them as we grow into adulthood and beyond. And in rare moments, they open to us and we make sense of them even if we can’t explain them. So it was for me.

Hard travel pummels us. It also tenderizes us and makes us available to what God would reveal and would give us. I received a gift that night that I cannot explain to anyone fully. I only know that I was supposed to be there, to hear a strange tale and beautiful music. And to realize that what it took to arrive here only made the receiving better.

And so I use this trip as a marker. An asterisk to set at the end of any future grumbling sentences I might utter during another hard trip. A reminder that I cannot judge any journey until I reach the end. For the journey I think I’m taking is rarely the one I’m actually on. The story is not always what I think it’s about. And the destination can be someplace far different than where I thought I was heading.