A remembrance of things present – Part 1 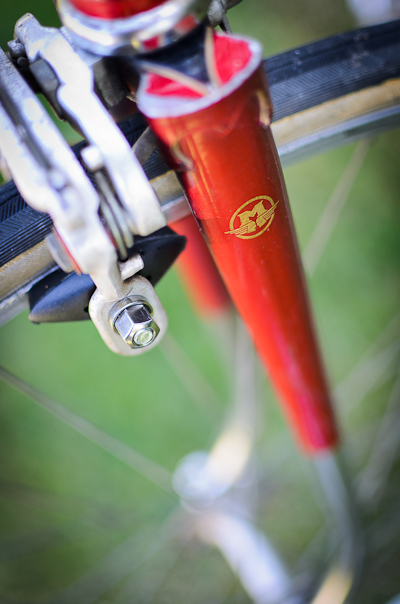 We all engage at one point or another in the act of rediscovery.

Children are quite adept at this, especially with toys. See if this sounds familiar.

A particular toy gets shoved into the closet or thrust under the bed for days, weeks, even years. Dust bunnies, a crayon or two and pairless socks commune with it in a gathering of the abandoned and forgotten.

And then one day, perhaps a dull day (you know, those long monotonous periods of our youth when we had no work, school or responsibilities other than to entertain ourselves – the very days you’d give anything for as an adult) you look just a bit harder. And that’s when you rediscover that toy.

Quite often, the long-lost toy becomes a new favorite. You can’t believe it wasn’t always so. In fact, we all become a bit revisionist in our thinking believing that this particular toy was always the best. It becomes the Woody and Buzz of our collection, toy of all toys. It’s the one joining us for each meal, the one toted along on every car ride, the one we roll over each night, painfully but gratefully reminding us of its proximity even in our sleep.

We love that new, old toy and value it even more than a new, new toy because what was lost has been found. Some part of us is regained in the rediscovery.

Turns out, children aren’t the only ones to experience this wonder through the rediscovery of an old toy.

Call it a sudden fitness craze, a need to bond with my son or a mid-life crisis, but I too have I recently rediscovered – and re-appreciated – a favorite from my youth: my old ten-speed bicycle. 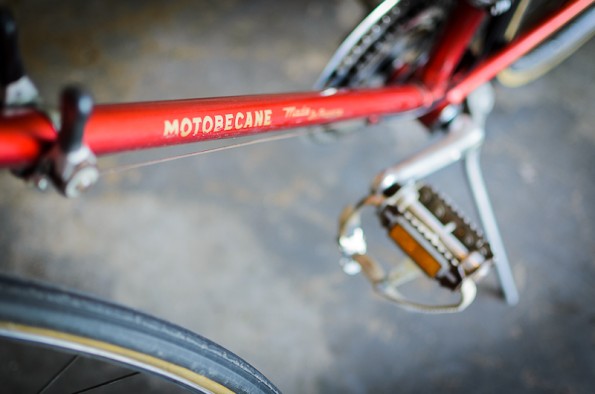 A red Motobecane Grand Touring bike to be exact. It took months and months of savings from my paper route as a kid to acquire it. I would spend hours at the local bike shop (these were pre-Internet days mind you) discussing all the possible choices before homing in on this beauty. And then once I purchased it, I’d spend even more hours with the patient owner of the shop discussing possible enhancements, getting tips on maintenance or listening to bike lore.

My favorite of the many biking stories he and others there told was the one about Captain Stubs, so named because he was a road racer who one day lost both his front and back brakes at the same time. As he hurtled down a mountain road, he realized that the only way to stop from flying off a cliff was to jam his fingers into his whirling spokes. And so he did; an act that both stopped the bike and also earned him the new moniker in honor or what remained of his digits.

“Wow,” I thought at the time, “what incredible dedication.” It was only later that I began to wonder why he didn’t just drag his feet on the ground like the rest of us do to slow down when your brakes don’t work. Then I realized, who would hang around a bike shop to hear about that? 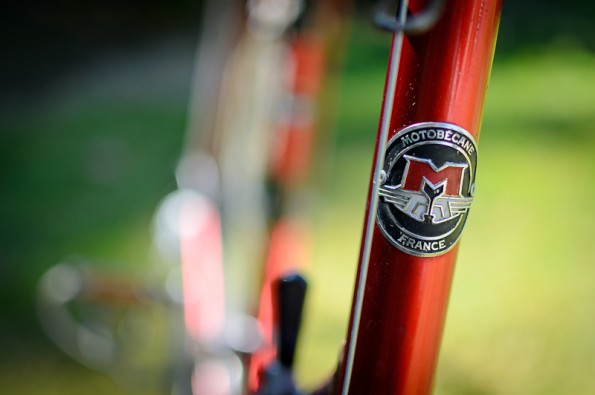 All of those old stories and memories of biking as a youth started coming back to me when my son, Sumner, became increasingly interested in mountain biking a year ago. But mountain biking and road biking are two different things. And besides, my dated Motobecane sitting out in the garage, ridden maybe a dozen times in the last decade, was too old, too out of style compared to these fancy new bikes.

Or so I thought until within a matter of days this summer, everything changed…