A remembrance of things present – Part 4

In the process of rediscovering, cleaning up and retuning my old Motobecane Grand Touring ten-speed road bike, I realize how my entire perspective has changed. 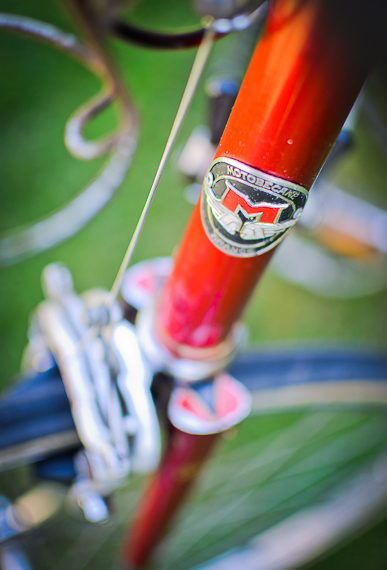 I previously viewed my bike as a step up from junk. My bike is old: it predates not only the iPod but the original Sony Walkman (I probably just lost half of you as you toggle over to Google to look that up). And in our disposable, consumerist society, old usually means obsolete or about to break.

But I discover that despite the lack of paint in areas, my old bike is quality. And with a little attention and care, this old bike soon becomes a machine that runs as smoothly and precisely as a Swiss watch.

After my tune up, I begin riding it everywhere. Almost immediately, I come to experience the same delight in riding that I had with the mountain bikes in Whistler. In fact, there’s a particular gear – it would be, I think, fourth gear – on my road bike that is pure bliss.

I still can’t tell you why, but it seems effortless to pedal from a stop in that gear, almost as if the bike propels itself. Riding in that gear makes me smile every time. It feels like the most natural form of movement you could ever imagine.

All this bike riding may be a passing fad that fades with the sunny weather. But I pray I do not lose the awareness of something induced by the riding: joy itself. That sounds funny, but how often are you acutely aware of experiencing joy as it occurs?

The wonder is that I know that this joy isn’t just about riding. Taking the bike for a spin is merely an expression of deeper associations. When I ride, I’m aware of movement and speed, but also of exercise and health, family and friends and connections to both the past and the future.

But most of all, I’m also aware of something that almost makes me gasp when I think of what it might mean. 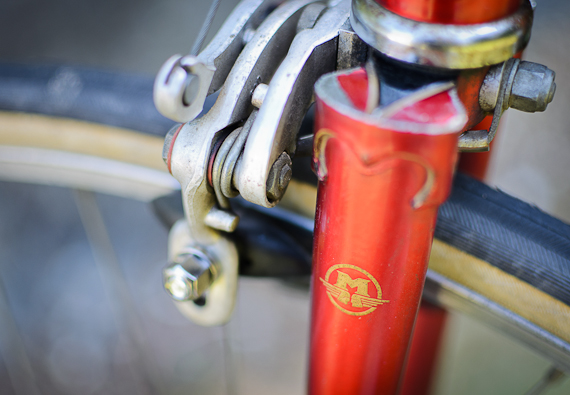 What if rediscovering my old bike was no accident? What if an odd form of divine favor has come my way in the guise of my old Motobecane, in a package that initially seemed too dated, obsolete and beyond redemption?

What if God actually delights in delighting me…us?

I want to believe that’s true. I tell myself I believe it’s true. But too often I chalk up such ideas to wishful thinking. Doubt creeps in. I forget what I have learned in life of the unlikely nature of grace.

Then I ride my bike.

If you haven’t done so, coast on back and check out Part 1, Part 2 and Part 3 of this series.