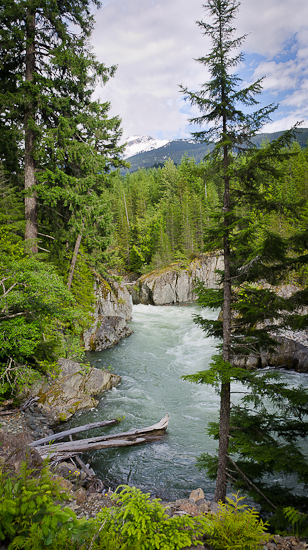 The hidden tree house, HemLoft, wasn’t the only secret place I found out about in Whistler, BC. Some of the locals also informed me of a site called Train Wreck. The mind reels at the possibilities of what could have led to such a name.

Alas, the moniker comes from the fact that a train wrecked at the site. Who would have guessed?

Apparently 50 or so years ago, a train derailed and six box cars crashed into the neighboring forest. I’m unclear as to the fate of the engine or any of the train’s crew. But, my sources informed me, you can still see the remains of the boxcars, hidden in the trees and covered in graffiti.

Some may hear this and think: rural junkyard. I heard and thought: Adventure!

Train Wreck isn’t all that secret. In fact, I found it listed on one of the maps showing mountain bike trails. But reaching Train Wreck, that is what makes it unusual and a bit challenging.

You have to park off the highway or in a neighboring industrial area and then hike for about 15-20 minutes down the railroad tracks. There seems to be no other way to get there.

My son and I weren’t too concerned about our railed path. Trains, after all, aren’t exactly mouse-like in their approach. We figured we’d hear anything before we were in any jeopardy of becoming the equivalent of a bug on a windshield.

But as we walked, the wind picked up making odd sounds and we found ourselves looking over our shoulders more than I anticipated. Furthermore, my stride and the spacing of the railroad ties align as well as your turn indicator timing does with that of the car’s in front of you. Thus, my concentration focused more on the means of journeying rather than on the surrounding scenery.

But then, at one point, the trees parted and we found a side trail. We thought that maybe we had found Train Wreck. 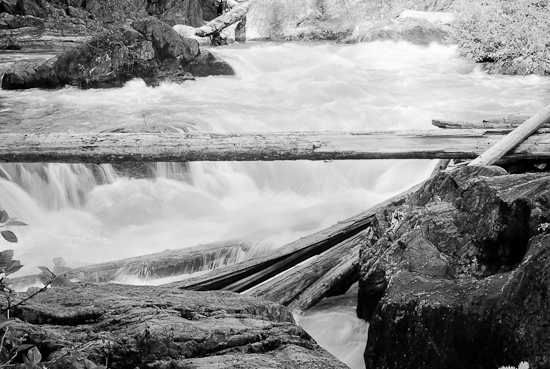 Instead, we found something unexpected. Instead of man-made wreckage, we found a waterfall and river of surprising beauty. The images here are of that river and part of the path through the forest that heads toward Train Wreck but doesn’t quite reach it. You have to return to the tracks for that.

But here’s what we discovered on our way to Train Wreck: 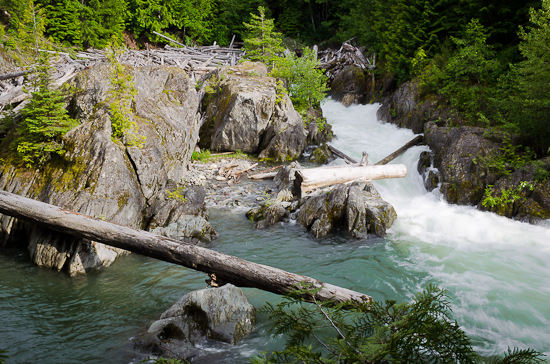 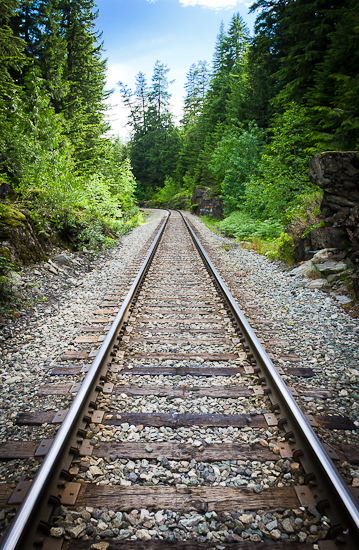 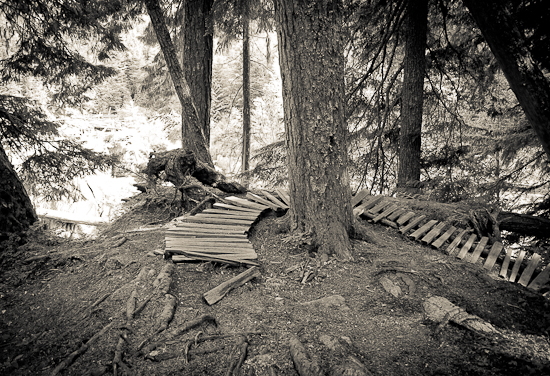