The allure of secrets: HemLoft – Part 1

Tell me a fact and it may – or may not – register.

Tell me a secret, however, and you have my full attention.

Secrets intrigue us. We want to probe their depths and uncover what remains veiled to us. We desire to attain the status of “insiders.” We can become obsessed with a piece of trivial information that would never have piqued our interest had someone not declared it as “secret.”

Travel is fundamentally about discovery. And discovery involves finding out that which is hidden. Unknown. Mysterious. 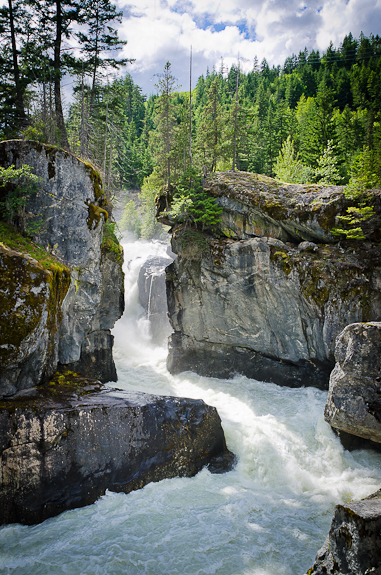 Last week, my family and I traveled to Whistler, British Columbia, Canada. I’ve come for a family vacation, but on the second day there, I enter a small local eatery and am soon served with more than the two chicken burritos I’ve ordered for my two sons.

As I wait for our food, a young woman delicately eating a pair of carne asada tacos at the counter asks how I like Whistler. We chitchat about the hiking and mountain biking and then I ask one of my favorite travel questions:

“What would you recommend we definitely see while we’re here?”

She lights up. Then, after a slight hesitation, she replies: “HemLoft.”

I ask what a hem loft is. She smile and tells me to wait as she digs for something on her iPhone.

While she’s flicking her finger across her screen, a man in his late 30’s or early 40’s who’s been sitting at the corner table pipes in. “You should visit the Ancient Cedars” he tells me as if purposefully ignoring the subject of HemLoft. He then goes on to give directions to this grove of old growth giants north of town.

By this time, the young woman with the tacos has found some photos on her phone. She shows me images of a wooden sphere suspended on a tree.

“Well, kind of. But so much more,” she informs me.

The man in the corner gives her an odd look. 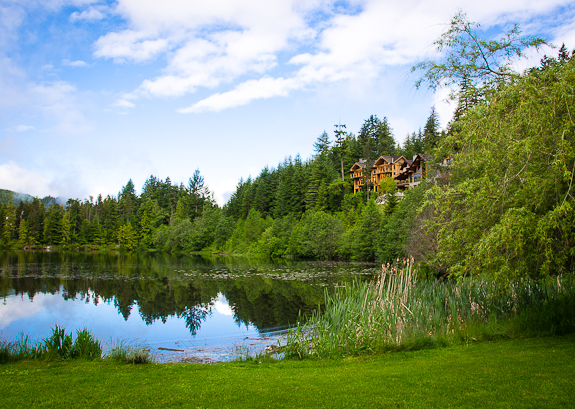 “It’s this secret place out in the forest built by this local guy who constructed this cool thing in a hidden location as his special retreat. Apparently, he wanted to be a millionaire by the time he was 26,” she says, as if that somehow explains the unusual architecture and location.

“He’s no millionaire,” says the man in the corner, unable to restrain from correcting her tale.

“Well, he wanted to be,” she responds.

He sighs. “He’s a local contractor who wanted to perfect his carpentry skills on something unique,” the man clarifies.

I murmur my appreciation then ask the big question.

“Some of my friends have been there,” replies the woman. Then, almost shyly she adds, “but I’ve never gone. It’s a secret.”

“Do you know where it is?” I ask the man in the corner who clearly is aware of more than he has told.

“I do. But I can’t tell you,” he replies with a cryptic smile.

“Oh.” It’s all I can think of to say. Then he decides to throw this interested traveler a bone.

“I can’t tell you. I’m not allowed to do that. But if you have a map, I could maybe show you the area…”

I quickly produce a local tourist map of Whistler. Unfortunately, it doesn’t contain the area where HemLoft is supposedly located.

“Oh well,” I say, more disappointed than I should be for a subject that only came up a few minutes ago. Our discussion moves on.

They tell me of one other place also not found on the tourist maps: Train Wreck. Apparently some 60 years or so ago, a freight train derailed and a half dozen of the ruined cars still lie in the forest, crumpled and rusting. “You should check that out,” they both tell me.

I plan to. But I also plan to find out more about this place called HemLoft, a hidden retreat in the forest.

P.S. – All of the photos shown here are ones I took in and around Whistler and represent the more typical tourist sights. But none of them contains a secret  treehouse…