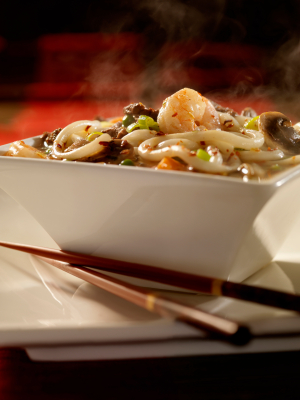 Often we depart on hard trips feeling woefully inadequate for the journey ahead. Yet God provides what we need, often in unexpected ways.

So it was for my trip back East to my nephew’s funeral.

Dealing with the death of my 26-year-old nephew in a car accident was only part of the challenge I expected in attending his funeral. You see, my nephew was the son of my brother and his ex-wife. Thus, amidst all the grief concerning my nephew’s death, we also expected to encounter the various dynamics that are part of torn and blended families, especially during such distressing conditions.

But two curious events occurred along the way to somewhat mitigate the stress.

First, a few weeks before the tragedy occurred, my brother had lunch at a small Chinese restaurant down in Florida where he lives. The place was crowded, so he shared a table with a stranger. They talked briefly and that was that.

Except that the day after my nephew died, my brother was back in the same small restaurant on a different day of the week at a different time of day. And yet the only space available to sit was at a table…with the exact same man as before.

They joked about stalking each other and their lunch appointments until both realized that neither had been back there since their last chance meeting weeks earlier. An odd “coincidence” that led to additional small talk.

The man then asked my brother if he had any kids. My brother, not wanting to get into any painful details said, “Yes, two,” referring to his two children from his current marriage. Oddly, the man asked, “Is that all?”

Now what kind of a question is that? Yet it got my brother to admit that he did have two other children from a previous marriage. Sadly, he confessed, one had just been killed in a car crash the day before.

My brother thought it a curious response. The man said it as a fact; not unkindly but also without the usual gush of sympathy one normally receives.

When they resumed speaking, they asked each other the usual questions about “What do you do?” My brother described his occupation. And then it was the man’s turn.

“I’m the director of the local hospice,” he said.

From that revelation flowed remarkable advice on what to expect at the funeral, what typically happens in blended family situations like this, how to address the often awkward conversations, how to deal with grief amidst it all.

Before this unlikely conversation, my brother had dreaded the upcoming trip. Now, though still grieving, he felt equipped to handle the other dynamics that awaited.

Similarly, on my flight out to the funeral, the airline changed my seat at the last moment and I found myself next to a man who turned out to be in the administration for a denomination and who had been a pastor for twenty-plus years. After the typical comments about airline travel, I revealed the nature of my journey. I too then received excellent counsel from someone who had officiated at hundreds of funerals of all kinds. He understood firsthand the ins and outs of death, grief and the painful yet healing nature of these ceremonies of closure, mourning and even celebration.

We go ill equipped on trips to handle what lies before us. Yet by the time we arrive, we find we have what we need for our journey…and beyond. And as we shall see next time, sometimes the journey we end up on is far different than the one we anticipated.